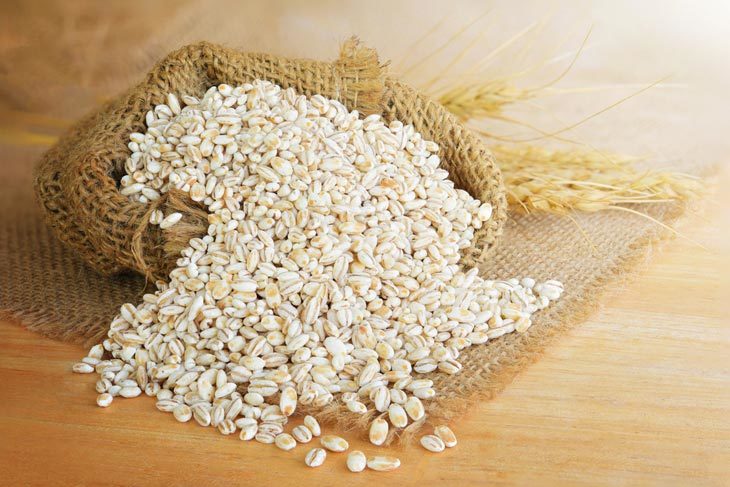 If you are here, you probably are familiar with barley – one of the most commonly used ingredients in dishes such as stews, bread, and soups. It also contributes to the beer and bourbon production process.

However, barley contains gluten protein content, which may cause unexpected problems for those with celiac disease.

If you avoid gluten or seek a barley substitute for your recipes, the following article will be certainly helpful.

What Is Barley And Its Nutrition Profile?

Let’s learn more about barley before talking about a barley substitute. Since early times, barley has played an important role in daily recipes.

It is a grain used for tasty soups and in beer fermenting. People cook and consume it as a grain like rice, add it to stews, or make bread.

It comes in various varieties, such as whole-grain barley, barley flakes, or barley grits. Among them, pearl barley is more famous and preferred, especially in the US.

Some nutrition experts don’t regard this version as a whole grain because it loses the bran and outside layers via polishing. That explains why it is not as nutritious as other barley varieties.

Some suppose barley tastes bland, even tasteless. This point of view is not entirely true in all cases. For instance, when you cook barley, it will have a gentle nutty flavor along with a chewy taste.

Also, barley is cholesterol-free, so it is incredibly beneficial in reducing cholesterol in our blood. Barley is likewise extremely low in fat. It’s almost a fat-free ingredient and commonly added in egg-free sugar cookies.

Is barley gluten free? No, it contains approximately between 5 and 8 percent gluten. That’s why people with celiac disease cannot eat it and must attempt to find a gluten free barley substitute.

What can be the substitutes for barley? The list below will provide the best recommendations.

If you are looking for a gluten free substitute for barley in soup, buckwheat and quinoa will be the first choice. Although buckwheat is well-known as wheat grain, it is completely gluten-free.

You can use buckwheat in place of wheat cereals, including wheat berries, freekeh, spelled, or bulgur. Rest assured, as you will find in the ingredient list of noodles, crepes, and pancakes.

Its note is much stronger than barley, so some people can’t stand its taste.

However, it’s extremely beneficial for those agonizing high blood pressure and types two diabetes, thanks to its low glycemic index.

Besides, quinoa and quinoa substitutes can also be great ingredients replacing barley, farro, or bulgur in the stew.

It is additionally perfect for food like vegan burgers, pancakes, casserole crusts, and tortillas. It is a richer source of protein than other grains and comprises a wide range of basic amino acids.

You can use barley instead of rice, especially brown rice, in almost all recipes and vice versa. Brown rice is much more outstanding with micronutrients and fiber sources thanks to its germ and bran.

One bowl of brown rice carries approximately 3 grams of fiber and 6 grams of protein.

It also provides a wealthy amount of selenium and magnesium. This gluten-free cereal is an ideal carb addition to your healthy diet.

You can substitute white rice, pasta, and bread with a reasonable amount of brown rice. In Asia cuisine, brown rice flour is popularly used as dessert-like puddings and pastries.

Despite healthy ingredients, the essence of brown rice is still rice and contains carbohydrates and quite a lot of calories. You should not consume too much of it in the same meal.

One more gluten free barley alternative is oats, even though some oat types may be mixed with wheat.

Oats are seemingly more multipurpose than barley, so you can make your recipe ideas diverse with cereal, like soups. You can serve them in healthy desserts, including cookies, brownies, and granola bars.

Over and above, oats are profitable vitamin B6 sources. They also act as hormone monitoring and help you defeat the side effects of premenstrual dysphoric disorder, including bloating or mood swings.

Oats are also abundant in fat sources, so they may not last long like other grains.

Apparently, corn is the most consumed cereal in the world. It is also the best substitution for barley in various dishes, even more affordable and versatile than barley.

You can serve it in hundreds of dishes or use it for making tortillas. A common way to enjoy it is either boiling or baking.

Corn holds a variety of nutrients such as fiber, carotenoids, zeaxanthin, and protein.

If you use it appropriately, it can provide you with a certain amount of carbs and lutein content which is beneficial for lessening the risk of eye diseases.

Another barley gluten-free substitute you may consider is sorghum. The demand for healthy and gluten-free diets is increasing recently, and sorghum has become one of the wonderful constituents for wheat flour in making bread, standard flour, and several healthy foods.

You can also use sorghum to replace other grains such as buckwheat or quinoa in recipes cooked like rice.

Adding it to your soups or side foods when you want to appetize to increase the consistency level for your dishes!

Moreover, this gluten-free barley substitute is attractive with its color and chewing texture. It has several high nutritional values, such as vitamin B, protein, particularly magnesium content, which aids in blood sugar control.

Millet is a good substitute for barley that has a flavor similar to barley. This food has the same appearance and slightly sweet taste as corn kernels and is especially gluten-free but three-quarters more economical than quinoa.

Millet groats possess the barley groats’ flavor. Though its texture is less chewy than barley, it’s friable like potatoes.

Making it a perfect choice for those who prefer barley’s flavor but hate its fibrous surface. You may find millet in the constituent list of gluten sandwich bread.

The tiny millet contains essential nutrients like minerals, proteins, and substantially iron. When cooking millet, keep in mind that it will expand a lot.

If you are going to make a bowl of millet, use only around 1/4 cup of raw millet!

Barley and other grain types may take time to cook. If you are in a hurry and can’t stand the waiting moment, you can head for berries similar to whole grain like full rye berries or farro.

Some people assume berry can be the best substitute for barley that can save your cooking time, thanks to its brittle texture.

It may sound strange, but amaranth can be a perfect substitute for barley in soup, vegetable dishes, and salads.

Though it is not a grain, it is as common as barley in gluten-free characteristics, which reduce cholesterol levels.

Its nutritional composition can surpass other common food crops, such as corn, rice, and wheat.

Also, the food produces essential amino acids – lysine and huge protein content, twice as much as rice and about three times more than corn.

The last flaked barley substitute you can take into account is teff. It varies in colors and size, bringing flexibility and diversity to your courses.

Either main or side dish, it works the way as barley does in most foods. You can sprinkle it on top of muffins, oatmeal, steamed veggies, or soups.

While teff is gluten-free, many have developed a method to process it into flour with a wider range of qualities for various purposes.

This allows the grain itself and its derivatives in foods such as bread and pasta to be consumed by people on diets that typically exclude grains containing gluten or allergenic proteins from other cereal grasses.

How To Choose A Barley Substitute?

Choosing a suitable substitute for barley depending on several criteria. Below are some suitable recommendations to match your purpose and preference:

As the demand for clean and healthy food increases daily, people always try to find better, gluten-free barley alternatives and get rid of wheat-based products.

The good news is some gluten-free grains can be great barley replacements, such as buckwheat, brown rice, quinoa, or sorghum.

Many people may not afford healthy diets because the price of gluten-free goods is relatively more big-budget than common ones.

Among substitutions for barley mentioned above, millet is the most reasonably priced compared to other gluten-free cereals.

Although barley and other grains are commonly used in the daily diet menu, some may contain calories and carbohydrates such as sorghum or brown rice.

However, the carbs content in these cereals is good for your health. They can aid in boosting your energy without fluctuating your blood sugar.

In general, barley is a healthy grain, although it contains gluten content. If you have celiac disease, it is advisable to use the gluten-free barley substitute for your daily courses like quinoa, brown rice, or teff.

These alternatives also come with somehow similar flavors and textures like barley. On the other hand, they incredibly provide a wide range of recipes and nutritional value for your health.