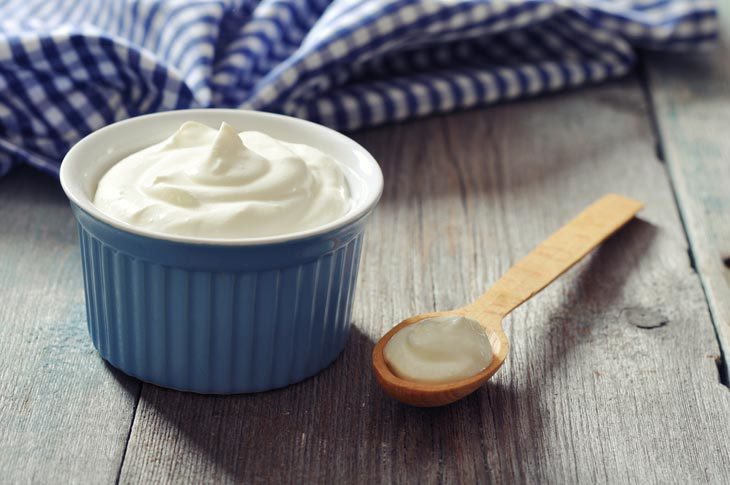 Greek yogurt and sour creams are two ingredients that you can use flexibly in savory and dessert dishes. With their exquisite off-white color, creamy consistency, and interesting chalky flavor, they can help tremendously elevate the taste and texture of your dishes.

Moreover, they are also considered a healthy source of many nutrients and good bacterial cultures like S. Thermophilus, L . Casei, and L. Acidophilus. which are beneficial to your health. That’s why I love using them for my healthy salads, soups, smoothies, baked potatoes, and baked goods.

As they are such versatile ingredients, some people can have a hard time distinguishing between the two. So, does Greek yogurt taste like sour cream? Let’s find out the answer in my post below.

What does yogurt taste like? Lots of questions may pop up in your head, right? Briefly, they are both sour in terms of flavor, but Greek yogurt’s taste tends to be stronger and richer than its sour “friend”.

When compared with regular yogurt, Greek yogurt has a noticeable difference: its texture. When people remove this unique yogurt’s mineral, lactose, and water content, the texture becomes creamier and thicker with high grams of protein content.

Regardless of the interesting consistency, Greek Yogurt has a rich, plain, and tangy taste because of the added active cultures for fermentation. This tanginess has a stronger vanilla flavor degree than regular yogurt due to its dense consistency.

Because of their creamy texture, Greek yogurts are amazing to be combined with your fresh salads and cheese. You can use it to top on top of sweet goods like cupcakes, pancakes, muffins, and cornflakes. The possibility doesn’t stop with desserts when you can utilize its amazing balanced flavor in many savory recipes like pizzas and flatbread.

Many people regard Greek yogurt as a dense version of sour cream because of its similarity in flavor. It is pretty understandable as sour cream is also created by cream fermentation. But are they indeed the same product? Let’s put them in comparison.

Sour cream is another dairy product with a nutritional content of fat and calories that you can add to the desert and savory recipes. When compared with Greek yogurt, there are quite a lot of similarities between these milk-based products.

In terms of nutrition, healthy sour cream and Greek yogurt have great nutrients for your healthy diet. Great nutrients like calcium and vitamins are abundantly available in them. They also contain probiotics, a great type of bacteria that help improve your digestion, boost your immune system and gut health.

As you can tell from their look, Greek yogurt and sour cream have a thick and creamy texture due to the fermentation. Thus, they also possess an amazing flavor, and many people find their creamy taste hard to tell apart.

In addition, Greek yogurt is also preferable in healthy recipes because of its lower fat and calories content. On the other hand, with a non-fat sour cream, you can still get higher contents of calories and fat.

Can I Substitute Plain Greek Yogurt For Sour Cream?

Greek yogurt and healthy sour cream are still interchangeable in many recipes despite the slight difference in taste and nutrients. You can use plain Greek yogurt as sour cream in salad dressing, cheese, cake batter, dipping sauce, and fillings with their amazing cream and thick consistency, white color, and tart flavor.

When using Greek yogurt as sour cream, you can easily use the same amount required in your recipe, especially cream for salad dressing, baked recipes, and dipping sauces where they only need a specific amount of creaminess. However, it would be best to adjust other ingredients as Greek yogurt can have a tangier taste.

In addition, it is necessary to choose whole milk Greek yogurt for sour cream as other versions of Greek yogurts, like low fat or nonfat yogurt, might not have the same tart flavor.

Sometimes you might find a cream-thickened yogurt with the name of Australian yogurt. However, it doesn’t provide the same sharpness in flavor as Greek yogurt.

For baking, healthy sour cream has a higher fat content with a stronger flavor similar to butter. Therefore, when using Greek yogurt in baked goods, you need to add more butter, oil, and water to balance the batter mix. Let’s get into detail on how to make Greek yogurt taste less sour to substitute for sour cream in my guide below.

How to make plain yogurt taste like sour cream in baking

Regarding cooking recipes, it can be tricky due to the curdling reaction when yogurt meets liquid and high heat. Therefore, whether you’re making marinades or soups, you need to avoid cooking yogurt in high heat.

Greek yogurt and sour cream are excellent ingredients to use in your baking and cooking recipes. Because of their similar usage and look, some people wonder, “Does Greek yogurt taste like sour cream?”.

I hope you have found the answer to your confusion with my post. Greek yogurt and sour cream have many things in common. Nevertheless, their nature is different, which requires certain adjustments if you want to substitute them for each other.