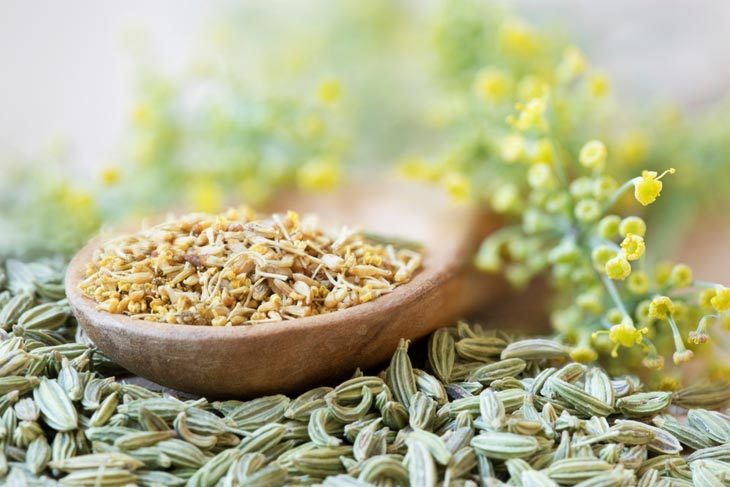 Fennel, similar to other spices, can raise the overall flavor of certain dishes. With the fennel added, the food can taste more citrusy, licorice-flavored, and the aroma changes immediately. That being said, it is great to have fennel pollen in your dish.

However, you planned to use the fennel pollen in the next meal, and, unfortunately, all the ingredients turned spoiled. Searching to buy new fennel pollen on the Internet, you were so shocked that its price is so high!

What would you do then? It’s time to find some compatible fennel pollen substitutes at a more affordable price. Scroll down for further analysis!

What is fennel pollen? Originated from the fennel, fennel pollen is a trendy spice widely used by 5-star Michelin chefs in high-end restaurants. Given that fact, pollen seems to be a top-notch seasoning in the culinary world, right? Well, you are not wrong.

To illustrate the taste of fennel pollen, we should refer to the hyperbole “If angels sprinkled a spice from their wings, this would be it.” The fennel pollen is spicy, aromatic, but the more you taste, the more you realize: it is a mixture of licorice, citrus, and even marshmallows!

In particular, the ground fennel seed, similar to the pollen, provides a licorice note to the food. They all have a mildly spicy and pungent taste, with a bit of herb aroma. When putting fennel pollen vs fennel seed on the scale, the pollen seems much more intensively pungent than the ground seeds.

Therefore, we suggest you choose ground fennel seeds as an alternative for fennel pollen. The ideal ratio is 1:2, with seeds being the major.

Regarding the price, the pollen is much more expensive than the seeds, but the taste is equivalent to use interchangeably. So, why not?

Anise seeds are another great fennel pollen replacement we want to introduce. Do you know that the anise and fennel are misrecognized as each other? Yes, that is how similar they are – in terms of appearance, color, and taste.

Based on our experience, the anise seeds are spicy, savory, just like the fennel. Still, the anise has one distinctive point that the fennel does not – the sweetness. As a result, the anise uses are wider than the fennel pollen because you can use them in desserts recipes.

In our opinion, the anise seeds are not as intense as the fennel pollen, so it’s best to start adding the anise to the same portion as the fennel seeds and slowly adjust.

Here is another fennel product to substitute the pollen. What is the fennel frond anyway?

In short, fronds are the green, leafy components attached to the stalks or bulb of the fennel. That part, when looking from away, is like fresh dill, but lighter.

Similar to other fennel-originated foods, the frond has a light licorice note. You can also feel the bitterness from the first chew. However, the more you cook, the less bitter. Surprisingly, the sweetness comes up.

We love the fennel fronds because it is juicy, tender, herbaceous and, most importantly, much cheaper than the pollen!

We advise you to use two portions of fronds to substitute a part of fennel pollen. Then, slowly increase if needed.

Dill seeds will never be misrecognized to other herbs for their unique shape. The dill seeds are flat, light brown bordered, and tear-shaped pods.

When chewing the dill seeds, you may be amazed by the fresh, earthy, grassy, and pungent flavor. Like other choices on the list, it has a mild herb smell, which is comforting.

Here is a distinctive point of the dill seeds: they feature the sweet flavor, even not so significant, but you will feel it when tasting them. The dill can sometimes provide a citrusy smell, which is a strange but amazing point to consider.

You can find caraway seeds in many European and Middle Eastern dishes like roasted lamb, duck, cheesy goose, rabbit stew, etc. That being said, you may wonder why caraway seeds are so favored worldwide? Let’s analyze with us.

In terms of smell, caraway provides a strong herb aroma, along with a savory feel. The citrusy overtone is expressed clearly through the caraway seeds, either as it belongs to the same family clan with dill and Parsley.

There’s no need to worry that the caraway may leave a strong smell on food. The citrusy fragrance will slowly fade away when cooking at a high temperature.

The carraway is spicy, pungent with no sweetness at all. The more you cook, the more intense it is.

Cumin is the seed from the Cuminum Cyminum plant. Theoretically, it belongs to the same family clan as Parsley. Therefore, the cumin has a similar flavor to Parsley.

To be more specific, the cumin seeds provide a spicy and earthy flavor but are moderate enough to handle. A special point about cumin is that most of the cumin’s pungency and spiciness comes from the oil.

If you want to raise the pungent and spicy flavor in the dish, smash and squeeze the cumin seeds into fine, smooth powder to get the extract.

Unlike other options on the list, celery seeds are bitter, sharp, but warm. You can find them in poultry recipes or vegetable soups since the celery naturally blends well with these ingredients and generally makes a tasty dish.

What makes us remember the celery seeds is their astringent flavor. It is rare for seasoning to have such taste, but celery seeds do. Such a special plant, right?

With the astringent, bitter but warm taste, the seeds seem to be compatible to replace the fennel pollen. In our opinion, celery is quite distinctive, so you would better use them in a small amount.

Besides the unique flavor experience, coriander is favored for its nutrition elements. There is a high amount of vitamin A, C, and minerals inside the coriander.

What makes the coriander special is that its taste is not easy to tolerate. There are two groups: people who love coriander and people who find coriander soapy. From the first chew, you may immediately recognize which group you belong to.

If you are from the first group, congratulations, you can buy a portion of coriander to replace the fennel. Otherwise, you may consider other choices on this list.

In this part, we will mention the black licorice as it is the most popular one, and there are so many people suggesting we comment about this controversial ingredient.

Discussing the flavor, well, in our opinion, the licorice is sweet. Scientifically, there is a substance named “glycyrrhizin,” which works as a natural sweetener. Such sugariness displeases some people as they feel a bit “too much to handle.”

So, we recommend you buy licorice for a small amount. Try it one or two times, then check whether you can accept it or not. If the answer is a big YES, get more licorice to substitute fennel pollen uses. Note that the main taste of fennel pollen is not sweet, so only use an appropriate amount of licorice, my friend!

Welcome to the last section of the post – the nigella seeds. We list it out in the last part since it tastes different compared to other options on the list.

In terms of taste, it is spicy and aromatic like the fennel pollen – that is why we choose it! However, the nigella seeds also have a smoky flavor, with a strong and unique aroma that impresses you at first.

Typically, nigella seeds are used in Indian, Middle Eastern, and African recipes, but don’t worry, just freely experiment with them to create new formulas. Maybe, the result will come out well!

We hope that the above provided you with enough information on fennel pollen substitutes. Personally, we prefer coriander most since it is cheap, easy to buy, and easily cooked with other foods. What about you? Could you find any suitable choice for your meal?