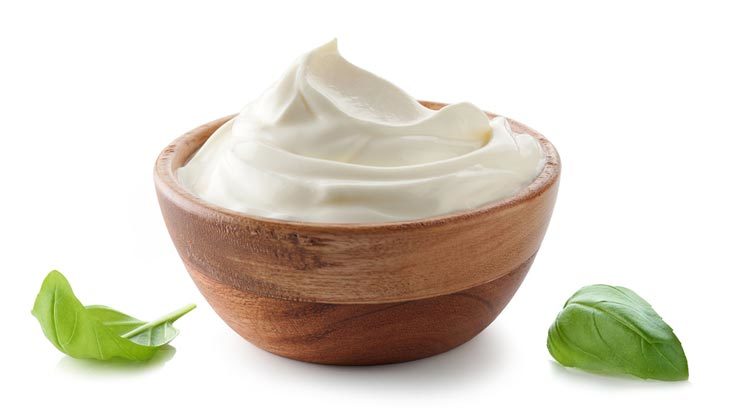 If you are a fan of baking, you must have been familiar with sour cream – one of the most used dairy products. Sour cream provides an exceptional flavor and texture that supports many sweet dishes, which is why you can easily have it anywhere and anytime.

However, have you ever experienced sour cream melting and losing its texture while cooking with this dairy product? If so, that’s because sour cream can only sit out for a specific time. Below we will discuss How long can sour cream sit out and more!

Of course, it does! If you have never experienced eating bad sour cream before, it does not mean that sour cream does not go bad. Like any other dairy product, sour cream is prone to spoiling because of its delicate and complex ingredients and texture.

Sour cream is made by fermenting pasteurized milk to kill existing bacteria and create the signature sour flavor. So, sour cream still contains living elements, which is why sour cream can go bad easily under appropriate circumstances, such as poor storage, low-quality sour cream, etc.

With the environmental bacteria and debris wandering around your kitchen, it’s likely common for your sour cream to go bad, unfortunately.

If you purchase sour cream from the store, the risk of having easy-to-go-bad sour cream will be less than making your sour cream. Sour cream manufactured under a standard pasteurized process is ensured to have better qualities.

Consequently, it’s easy to understand that no matter how well you make your sour cream at home, that product is prone to going bad more easily. That’s why you should purchase high-quality sour cream other than making to ensure you have a quality portion of sour cream that does not go bad soon.

How Long Can Sour Cream Sit Out?

Sadly, if they all spend more than 2 hours sitting at room temperature, it’s best to discard them for your food safety. That’s the answer to the question: how long can sour cream be unrefrigerated?

Why Can Sour Cream Sit Out For A Short Time?

As we have said before, you can spoil a delicate dairy product like sour cream under poor situations that do not fit the sour cream’s characteristics.

Firstly, any milk product can attract bacteria within a few minutes after leaving the fridge’s safe and cool temperature, and sour cream is not an exception. The mutual environment in sour cream, including living healthy bacteria, makes up an ideal place for debris and environmental bacteria to grow.

After 1-2 hours without proper storing at room temperature, bacteria will focus on growing in sour cream since this place generates an ideal environment. That’s why after finishing using sour cream, you should put it back in the fridge immediately to eliminate the risk of being infected by debris.

Secondly, the hot temperature outside will cause sour cream to break its texture into slurry water. Once sour cream has broken, you cannot freeze it to have the old texture back, and by that time, sour cream is spoiled completely.

This situation is quite the same if you answer, “why is my rice mushy?” – it’s because the surrounding environment makes flour watery.

Mushy sour cream won’t work in any recipe or dish, so by leaving it at room temperature for a long time, you can accidentally spoil it without knowing. Only at the cool temperature in the fridge can sour cream maintain its texture and flavor to serve your dishes right.

What Can Happen To Sour Cream If It Sits Out For Too Long?

Sour cream sitting out for too long will have its flavor flattened, and texture is broken. Since sour cream’s ingredients are all prone to cool temperature, the fact you leave it at room temperature for too long will lessen the effect of all ingredients, and the cream itself can no longer hold its gel texture with a sour smell.

Of course, if you know how to thicken sour cream, you can save the cream texture later, but you cannot ensure the quality anymore.

Even though your sour cream looks fine, if you know it has sat in the same position at room temperature, it’s best to toss them away without thinking twice. So, what happens if you eat bad sour cream?

We all know that sour cream includes healthy, immune bacterias such as Streptococcus lactis, Leuconostoc citrovorum, etc. these bacteria can be attacked by harmful spoilage microorganisms once sitting at 40-140 degrees for so long.

After 1-2 hours, dangerous spoilage microorganisms from the environment will invade and collapse the sour cream texture, making its texture broken with weird odor coming off.

However, some people neglect that fact and continue to consume sour cream since they find no spoilage indicated on the cream. Unfortunately, some harmful pathogens do not show their signs vividly, and that’s the number one reason people get food poisoning because of eating bad sour cream.

Not only are these bacterias are harmful to your sour cream, but they can also make you suffer from severe food poisoning while digesting. Since you have never experienced food poisoning before, you may not have known how dangerous it is to you and your health.

According to the Centers for Disease Control and Prevention, 1 out of 6 people in America suffers from food poisoning every year. Food poisoning by bad sour cream is not something to joke about with various symptoms, from stomach, diarrhea, vomiting, to serious cases like coma and even death.

If you and your family don’t want to be the next on the list of nearly 48 million people who die because of food poisoning every year, stop using sour cream if it has sat out for too long or passed sour cream best by date.

How Can You Tell If Sour Cream Is Bad?

Fresh sour cream has a lightweight beige-to-white color. If you find any yellow, brown mold, or dark color on the cream, it’s a sign to throw it away as weird colors indicate bacteria invasion.

If your sour cream is runny, it may be because it was left at room temperature for a short time. If it doesn’t have the following signs, it is still ok to use, as long as you give it a quick stir. However, if you find the texture breaks even in the fridge, it’s a sign to throw that sour cream away.

Of course, sour cream will smell sour, but if that sourness becomes too odd in your opinion, throw it away. You must use your smell instinct to indicate bad sour cream.

The last bad sour cream indicator is its taste. If that sour cream tastes sourer than usual, discard it immediately.

The Expiration Date On Sour Cream

If the expiration date on sour cream has passed, you should stop using sour cream as well. Eating expired sour cream can cause severe food poisoning.