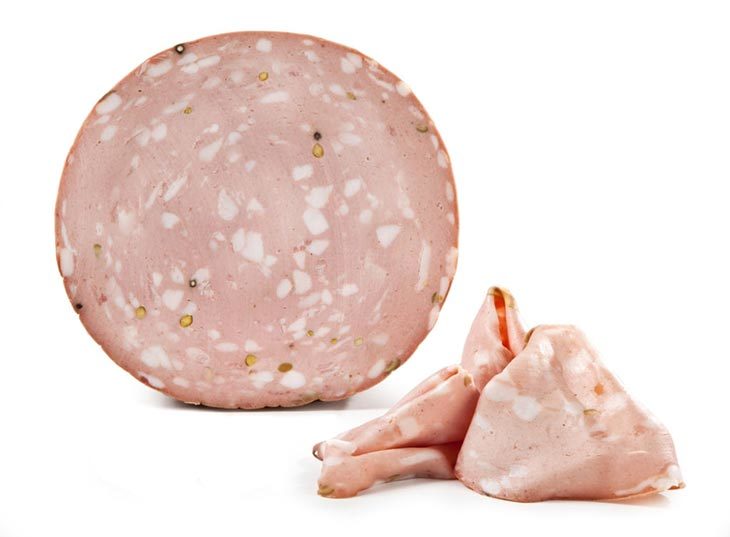 Bologna is such convenient lunch meat as you can combine it with sandwiches, veggies, and sauce to make a yummy meal in minutes, plus it doesn’t cost that much to buy.

If you do buy it, you may wonder how long does bologna last, and what can you do to extend its shelf life and maintain its flavors?

Let’s scroll down, to learn everything you need to know about bologna and its proper storage methods.

Before getting into details about the shelf life of bologna, let’s take a closer look at what bologna is.

First, let’s see what bologna is made of. The main ingredients of bologna deli meat are usually ground meat, such as beef, pork, or chicken breast. Occasionally, it contains super low-cost pieces, such as organs or trimmings.

Aside from the ground meat, the manufacturers typically add seasonings such as salt, pepper, and species to enhance sausage flavors.

They also add a curing agent that includes sodium nitrite to lengthen the shelf life of deli meats, lessen the chances of mold and prevent food poisoning.

Occasionally, you might find that the store-bought bologna deli meat comes with a red string similar to the casing of a hot dog. What exactly is that stuff? Can you eat it?

Bologna casing is typically edible, as it is made from collagen derived from animal hides, such as cattle or hogs. If the sausage casing is bright red, it might be an artificial casing produced from plastic or other fibrous material.

How to tell if the bologna casing is edible? Well, it would be best to check the instructions from the manufacturers to see whether to keep or remove the casing in the cooking process.

What about the bologna with white spots you see in the market?

The one you see must be mortadella – “great-great father” of bologna. Mortadella is a well-known luncheon meat or Italian sausage made of ground heat-cured or finely hashed pork.

Its ingredients are similar to bologna, making them look alike. The only difference between these cold meats is that it incorporates at least 15 percent small cubes of hard fat (usually pork fat) whereas Bologna has no visible pieces of fat.

How Long Does Bologna Last? Detailed Answers Based On The Storage Conditions

So, how long does bologna last? Well, the answers vary depending on the storage conditions. Here, let us provide detailed information for your needs.

How Long Does Bologna Last When It Stays Unpackaged?

Let’s start with the unpackaged bologna. How long does bologna stay good in the sealed package?

At room temperature, pre-packaged deli meat only lasts for up to 2 hours. At temperatures between 40 °F and 140 °F, bacteria grow so quickly, declining the quality of the sausage.

How long does bologna last in the fridge?

If you keep bologna refrigerated at all times since you bought it, it can stay good for 1-2 weeks. After that period, it might be edible, yet its flavor is no longer tasty.

Unopened lunch meat can last for 2-3 months when you store it properly in the lock freezer bags or freezer-safe containers in the freezer. ,

How Long Does Bologna Last When You Open The Bologna Package?

What if you have opened bologna packages? How long is bologna good for after opening?

An opened package of bologna deli meat can stay good for around 2 hours at room temperature. After this period, it might no longer be edible because of the rapid growth of bacteria.

If you try to save the leftovers for the next usage, you will likely have food poisoning when eating this spoiled sausage.

How long does bologna last in the refrigerator?

When you properly store the opened bologna sausage in the fridge, it can maintain its high quality for up to 2 weeks.

However, this period can be much shorter if you unrefrigerated to use then continue refrigerating the deli meat for storage.

The rapid temperature change might quickly decrease the sausage quality, especially in the summertime when the air temperature is quite high.

What about freezing opened bologna? Can you freeze bologna to extend its shelf life? How long is bologna good for in the freezer?

Yes, of course. Properly stored, frozen bologna can remain its best quality for 1-2 months. After that period, it might still be safe to eat though its quality declines a little bit.

If you want to store the bologna leftovers, it would be best to divide into small portions and place them separately in freezer-safe bags.

Whenever you want bologna, you can take one or two portions and use them all instead of taking the whole sausage and re-refrigerating the leftovers.

This way, you can always have “fresh” deli meat with delicious flavors for each usage.

How To Know If Bologna Is Spoiled?

If you happen to eat spoiled food, you might develop symptoms of food poisoning, such as stomach cramps, fever, vomiting, and so on.

So, how to detect bad bologna deli meat? Here, let us reveal some noticeable signs of spoiled bologna.

The first sign is its sour smell. Whenever you see that the bologna deli meat develops a noticeable off smell, discard it immediately as it has been spoiled.

Another method is to carefully check its surface. If its surface is pretty slimy, it is time to discard it right since it is no longer edible.

How to tell if bologna is bad when you cannot see these signs?

In that case, try a tiny slice and assess the flavor. If the sausage gives a fresh taste, congratulations, that sausage is still good to eat. On the contrary, if the bologna is slightly sour, it would be best to get rid of it immediately.

How To Preserve Bologna To Maximize Its Shell Life?

How to maximize the bologna shelf life to use it for a long period?

For the original pre-packaged bologna, you can overwrap it with plastic wrap, airtight heavy-duty aluminum foil, or freezer paper, then place it in the freezer.

This way, it can last for months in the freezer without getting any freezer bun. And the best part about this method is that its quality hardly decreases. Thus, you feel like eating the “fresh” bologna with great texture and tasty flavor.

What about the opened bologna sausage? How to preserve it properly?

Well, to lengthen the shelf life of bologna after opening, place the leftover in an airtight container or wrap it tightly with plastic wrap, then refrigerate it. Refrigerator storage helps maintain bologna’s great quality for up to two weeks.

What if you want the bologna deli meat to last much longer? Can you freeze bologna lunch meat?

In that case, you can freeze bologna after wrapping it with aluminum foil or placing it in the zip lock freezer. Bologna can stay good for up to 2 months in freezer. Beyond that time, you may still be able to eat it, but the quality will not be as good.