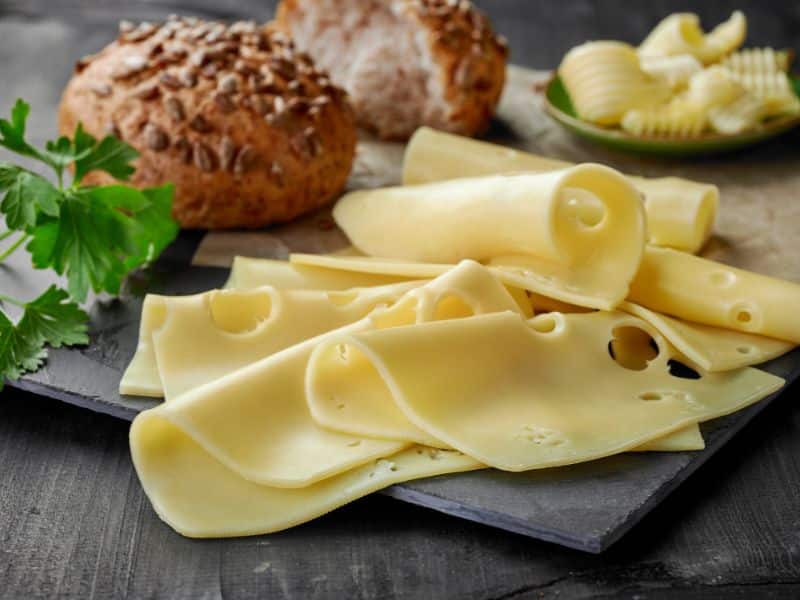 If you are like me and tend to buy a lot of cheese from the deli every time you are at the store, then you have come to the right place. How long does deli cheese last? If you are curious about the answer, you’ve landed on the right site!

This article will show the exact answer and some tips to maximize its shelf life. Let’s get started!

How Long Does Deli Cheese Last?

It’s quite hard to answer this question directly because deli cheese comes in various varieties, such as American deli cheese or Swiss cheese. Also, its longevity is up to the condition you preserve it. These kinds of cheese can last about two or three weeks in the fridge, and around six to eight months if in the freezer in general.

Let’s now look at how its shelf life changes in different situations.

The first question is: How long does American cheese last at room temperature? When you have deli cheese sitting out for parties or get togethers it doesn’t last that long.

Once opened, it is only safe within two hours. After that time, bacteria can easily grow and destroy the food.

If the cheese is stored in the refrigerator, it can last around two or three weeks if you keep in unopened in the fridge. If opened, it can only remain good for a very short time, about five to seven days.

How long is deli American cheese good for if frozen? To prolong American cheese shelf life, you can store it in the freezer. It can be good for six to eight months if unopened and around one to two months once opened, depending on its hardness and moisture content.

Here is the summary table of deli cheese shelf life:

How To Tell If Deli Cheese Goes Bad?

Does American cheese go bad? The bad news is yes, as its ingredient contains milk. So, how to tell if American cheese is bad? Below are useful tips to help you detect bad deli cheese.

Most spoiled deli cheese will have a funky and odd odor, like the smell of sour milk. If it’s good, it should have a creamy and sweet smell. You should eat it if you notice a funny smell.

You can also tell if American cheese is bad by its appearance. Edible deli cheese typically has a light yellow color. When it turns into other colors like orange or has some moldy and white spots on American cheese, it is no longer good to eat.

Spoiled deli cheese often turns slimy or watery and starts to lose its consistency. When you detect this sign, throw it away rather than trying to consume it.

Checking the expiration date on the packaging is the easiest way. Some people suppose deli cheese can be edible even though it is out of date. However, nutritionists do not recommend this.

Can You Eat Spoiled Deli Cheese?

Unlike parmesan cheese, you should try to eat bad deli cheese in any circumstances. That’s because it can cause food poisoning. For instance, you may suffer from bad health conditions such as stomach ache, fever, vomiting, or diarrhea.

Therefore, if you are unsure your cheese is edible or not, it’s better to discard it instead of eating it.

How To Freeze Deli Cheese Properly?

Deli cheese has a short lifespan, undoubtedly. However, you can expand its shelf life if you store it properly. How to preserve it? The best storing method is putting it in the freezer. Can American cheese be frozen? The good news is yes!

Let’s scroll down to refer to some useful cheese storage tips!

Freeze A Block Of Deli Cheese

If you have a block of deli cheese, you can still freeze it as long as it weighs under 1 pound. If larger, it doesn’t freeze well, so the lifespan may be reduced. It’s best to split them up into small servings.

You can apply the following steps:

How long is American cheese good for in this method? Up to eight months.

If you buy too much deli-sliced American cheese, don’t worry, as you can refrigerate it, too. How to freeze it properly? Here are detailed instructions.

How long is sliced deli cheese good for if put on ice? Approximately eight months.

How to store deli cheese when you’ve already shredded it up? Put it into the freezer. In what way? The guide is below.

Your shredded cheese can keep its quality for up to two months if frozen.