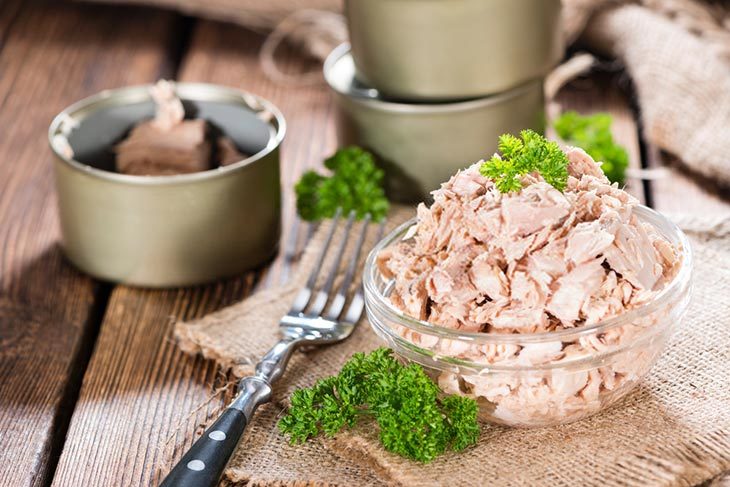 People nowadays are so busy with their daily grind that they do not have much time to prepare decent and nutritious meals with fresh ingredients.

This is because raw and fresh ingredients, especially fish – an integral part of healthy meals, are too time-consuming to prepare.

To busy people, canned Tuna has become a perfect alternative for raw fish. The reason is that it is rich in nutrition and we can eat it directly without any preparation.

Although the preserved liquid in canned Tuna is consumable, most of us like to drain our Tuna for different purposes.

If you are still struggling with how to drain Tuna properly, scroll down to learn more!

Why Should You Drain Tuna?

Only when you understand how the liquid inside a Tuna can work, can you acknowledge the importance of draining it!

When preserving Tuna in oil, Tuna becomes softer and richer in calories as well as other nutrients.

Since oil and water cannot get mixed, the moisture in the Tuna makes the fish more tender. This type of canned Tuna is perfect for preparing a good dish of pasta.

The type of preserved oil for canned Tuna varies greatly: from the cheapest, most unhealthy industrial vegetable oils to the most expensive, heart-healthy, and organic oils of avocado or olive oil.

Tuna preserved in salted water provides fewer calories and more protein compared to the oiled one.

As sodium in the preserved broth drains the moisture in Tuna, water-canned Tuna is drier, leaner, and lighter in texture. This type is a perfect ingredient for a Tuna salad bowl.

Water used for preserving the Tuna also comes at a wide range. It can be the sodium-enriched brine with other additives such as sugar or MSG or the freshwater with very low sodium and additive content, which remains the natural flavor of Tuna.

Though the preserved oil or water in Tuna cans is edible, there is a reason why we should get rid of the preserved liquid before eating.

As mentioned, some variants might come with low-quality oil or salty brine instead of organic oils and saltless freshwater. Those components bring about a high level of unhealthy fat and salt.

Eating a large amount of fat and salt increases the risk of heart diseases and makes you gain a few more unwanted weights.

Thus, draining Tuna before eating to get rid of the preserved liquid is necessary, not to mention several dishes such as Tuna salad, pasta, pancakes, and sandwiches require drained Tuna to prepare.

How To Drain Canned Tuna

Preparation: How To Open A Can Of Tuna

Before getting right into the draining process, we have to make sure you know how to open a can of Tuna. This opening step is important as it relates to the draining steps.

There are two types of Tuna cans: cans with a pull tab on the top and the non-pull tap ones.

If you buy cans with pull tabs, all you need to do is switch on the tap, then pull it using a bit of force at the tip of your fingers, and the lid will come off.

Meanwhile, the non-pull tap type requires a Tuna can opener. You must use the opener to cut off the can according to its round shape for later use. Be careful because the sharp Tuna can lid can cut you.

Instructions On How To Drain Tuna

Once you have opened the can, the next step will be to solve “how to dry out Tuna properly”. Here we offer three solutions. The first one requires no further equipment, while the other two need a strainer and a Tuna can squeezer.

This method is the easiest way to drain Tuna in cans since it requires no equipment.

If your can has a pull tap, switch it on. Then, open the lid partially to create a small hole. There you can pour all the preserved liquid from that small hole into the kitchen sink, and your Tuna is drained.

As for the cans with non-pull taps, after cutting the lid according to the can’s shape, take the lid and put it onto the can of Tuna.

Use both of your thumbs to press the lid against the Tuna while holding the bottom of the can. Next, raise the can upside down against the sink to get rid of all the liquid.

You can use a cup with the same diameter as the can instead of your thumbs to press the Tuna.

If you want to keep your hand clean, then you will need additional equipment for draining Tuna. One of the tools to remove liquid from canned Tuna is the Tuna squeezer. This tool has a shape that resembles a teapot.

The steps for using the Tuna fish can squeezer are simple.

First, you have to lift the squeezer’s lid, then place the opened Tuna can inside. Next, press down the lid, pour out all the excess liquid via the mouth of the squeezer, and your Tuna is ready to eat.

The third way for a dry Tuna is to use Tuna strainers. This is the most effective way to carry out this job. You just have to put the Tuna strainer on top of the opened can and squeeze it using both of your hands.

Another way is that after putting the Tuna strainer on top, you can flip the can upside down onto the sink and use your palm to press the bottom of the can for 15 seconds.

Both of the two ways can keep your hand clean. Not only that, strainers are made from stainless steel, making them so easy for washing. For us, this is the best way to drain Tuna.

Which Is Better For You – Tuna In Oil Or Water?

In general, Tuna preserved in water is better. If you need to pay attention to the calories intake in your meals, then you should aim for water-packed Tuna.

Another reason you should choose water Tuna is that studies have shown that this type contains 3 times as much omega-3 and other fatty acids.

It is beneficial for your brain and heart’s overall well-being. By using water-packed ones, those healthy fatty acids will remain in the chunks of your Tuna after the draining process.

Can We Eat Canned Tuna Without Draining It?

Yes, we absolutely can. However, unless you buy canned Tuna preserved in healthy oil or spring water with low salt content, we highly recommend that you drain your Tuna before eating.

How Much Tuna Should We Eat For 1 Week?

To maintain a well-balanced diet, an average person should consume 8 ounces (roughly 227grams) of Tuna per week.

Scientists advise that Tuna and other types of fish are food sources that you should consume weekly for overall health improvements.

It is not an exaggeration to say that canned Tuna is great for busy people, especially Tuna lovers. It is not only tasty, but also rich in nutrients.

Depending on their taste, people can opt for oil-canned Tuna or the brine-canned type. Nevertheless, whatever you choose, it is best to have your Tuna drained before eating.

If you follow all the steps above on how to drain Tuna, you will have no problem preparing tuna.