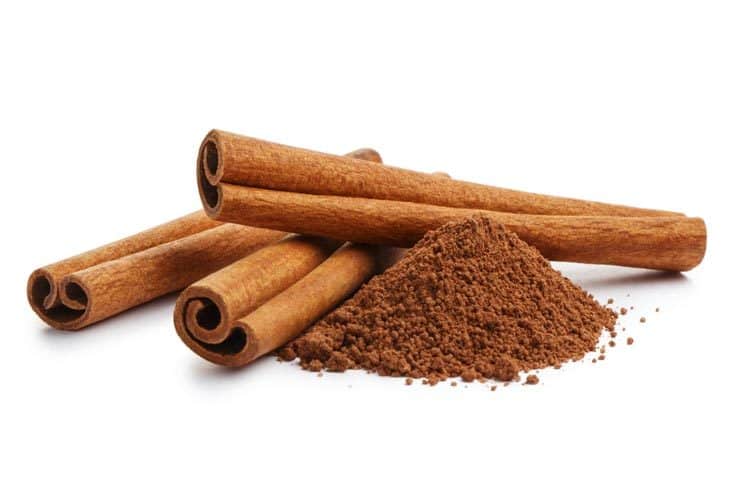 Cinnamon is one of the most commonly used aromatic spices in most recipes, such as meat stews, Eastern food, and baking. It is beneficial in creating a slightly citrusy note and spicy flavor for your dishes.

Although cinnamon is popular with roll-up stick form, people prefer using cinnamon powder as it’s convenient for storing and using.

If you are looking for some useful ways on how to grind cinnamon sticks, you shouldn’t miss out on this article!

Cinnamon appeared and became popular in cooking recipes, perfumes, or as meat preservatives of Greeks, Romans, and Ancient Egyptians a long time ago.

Cinnamon sticks are the common form of this spice, which is taken from the tropical evergreen barks.

What should you do if you need cinnamon in powder? Can you grind cinnamon sticks?

How To Grind Cinnamon Sticks With a Coffee Grinder

One of the most popular ways to grind cinnamon sticks into powder is using a coffee grinder. If this tool is available in your kitchen, follow these steps to get the perfect ground cinnamon.

Note: You should divide into several short batches instead of one long continuous grind to get the perfect powder.

How To Grind Cinnamon Sticks By Spice Grinder

This method is the same as grinding cinnamon sticks by the coffee grinder. However, using a spice grinder is still the best choice for cinnamon grinding.

You can refer to the following method below to convert cinnamon stick to ground cinnamon.

Note: If you utilize a manual grinder, you should turn the cramp to smooth the powder.

How To Grind Cinnamon Sticks By Pestle And Mortar

How to crush cinnamon sticks by pestle and mortar? If you don’t have a coffee or spice grinder, you can use these hand-operated mills.

Grinding cinnamon sticks is not hard, but you still have to consider these useful tips and warnings:

How To Use Cinnamon Powder In Cooking

Here are some best cinnamon powder recipe ideas in cooking or baking you must try. If you often use sticks, you just need to apply the same amount of cinnamon powder as with a cinnamon stick equals ground cinnamon.

Cinnamon powder is one of the most indispensable ingredients in baking. It is commonly present in some pastry delicacies such as baklava, oatmeal pancakes, or churros.

You can further add a bit to pastry glaze to create a bright taste for your cakes. Also, mixing it with cream cheese for delicious icing on fresh ice rolls is a great idea on summer days.

Cinnamon powder is also a great natural complement to combine with granola, yogurt, or cereal to serve in breakfast. You can also sprinkle it on wholegrain toast or cinnamon apple fries.

1. Can You Grind Cinnamon Sticks By Hand?

Yes, you can. Is it too hard to grind in this way? Indeed, this way is applicable to crush a very small amount of cinnamon powder.

You can manually grind cinnamon sticks by hand. Before crushing, it’s better to break long sticks into shorter pieces. Then, rub or pulverize an amount in your hand until you get the desired cinnamon powder.

2. How Long Do Cinnamon Sticks Last?

Normally, cinnamon sticks can last around three or four years. If you preserve them in a cabinet, they can stay up to 8 years. However, their taste will progressively turn weird.

You should store cinnamon in a stick form instead of ground. Most ground cinnamon can only last up to one or two years and be able to keep its great quality flavoring within half a year after crushing.

If you open a package of cinnamon powder, its shelf life will be reduced by about six months. It may lose flavors over time but is still safe to use in recipes long-term.

3. How To Cut Cinnamon Sticks?

Cutting these sticks isn’t tough, but it requires the proper method. How to cut cinnamon sticks? You can apply the following way below:

How to grind cinnamon sticks? To sum up, grinding cinnamon sticks is not as challenging a task as you might suppose. You can crush them by using coffee grinders, spice grinders, pestle, and mortar, or rubbing by hand.

While pulverizing, you should consider some recommended tips and some notes we’ve mentioned above to avoid bad situations. After milling, you’d better store the cinnamon powder in a dry container for long-term use.