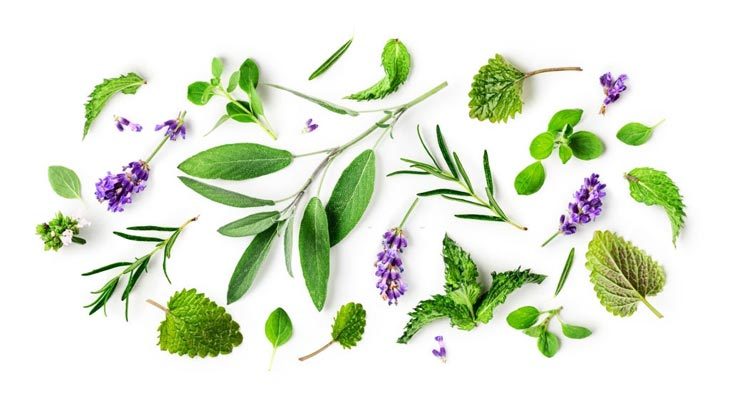 Which will you pick as the marjoram substitute when this ingredient is entirely out of stock in all groceries?

For cooking, it is not that only main food ingredients hold the key to helping you make a tasty dish. Even small things like herbs are sometimes also a highlight for the dish to shine.

And the one that we would like to mention here is marjoram with a special aroma and flavor. That said, is there a substitute for marjoram?

Well, there are numerous alternative options that you can use to replace this herb. Some of them include oregano, thyme, and sage, to name but a few.

In this article, we love to give you ten candidates for a good substitute for marjoram.

Marjoram (majorana hortensis or origanum majorana) is one of the aromatic herbs which belong to the Labiatae (mint) family. It has been available for cultivation for thousands of years as a familiar culinary plant.

This plant stands on the middle line between oregano and thyme. Simply put, the marjoram flavor is a bit milder than the former and nearly the same as the latter.

In general, majorana hortensis bears a sweetness with a strong scent. You may feel it warm, a bit sharp as well as bitter.

Over the years, this herb has become an indispensable part of traditional remedies. In other words, it contains some compounds with antimicrobial, antioxidant, and anti-inflammatory properties.

Besides, the origanum majorana is also good for hormonal health, anxiety relief, and antimicrobial activity.

For more details, women with PCOS (polycystic ovarian syndrome) can improve their insulin sensitivity and lower their adrenal androgen level by drinking origanum majorana tea daily. Or, marjoram oil can help reduce anxiety in the neurofeedback.

Not only for European cuisine, but the origanum majorana is relatively common in use for Asian cuisine as well. Cooks and chefs often add it into stews and braises for culinary aroma. Also, they use this herb in various delicate dishes such as pizza and tomato sauce.

10 Choices For The Marjoram Substitute

With the origin of the Mediterranean, oregano comes as a relative that considerably resembles the origanum majorana.

Due to the same family having nearly the same texture and size, the oregano’s flavor seems to be a bit stronger (especially the dried ones). That said, you can still use them interchangeably.

Another marjoram alternative from the same family is thyme. Like the majorana hortensis, thyme is commonly used throughout Europe for cooking, ornamental, and medical purposes.

In general, thyme bears a mild sweetness with a pleasant earthy aroma. Hence, people often add it to soups, casseroles, and stews. Besides, the dried thyme is a perfect missing piece for meats or vegetables, which you cook in the roasting pan or on the grill.

In comparison, thyme is relatively similar to majorana hortensis in mildness. Thus, we suggest chopping thyme and applying the 1:1 ratio for this marjoram replacement.

Among plant products for marjoram leaves substitute, sage is also not a bad idea. Although sage does not taste 100% like the origanum majorana, its earthy and herbal flavor is good enough to replace the other in many culinary and medical variations.

In particular, sage excels as the marjoram seasoning substitute for poultry dishes. And with a greater spicy flavor, it would help to sprinkle some peppercorn.

In the UK and US, sage is one of the most common and essential herbs added into dishes for special occasions such as Christmas and Thanksgiving.

For each tsp of origanum majorana, you can make a replacement with 1 tsp of sage.

You can commonly search for this type of marjoram spice substitute in countries with tropical climates. So, it is never so hard to buy this herb and the basil substitutes in any local groceries.

The fresh basil becomes the highlight in numerous ingredients due to its typical herb aroma, along with a peppery sweet flavor. Despite the lack of citrus taste of origanum majorana, basil is still fine for some dishes.

When contrasting with the dried basil, you will see that the fresh one can give a greater flavor. As for the replacement, we highly recommend the 1:1 ratio.

Besides “tarragon”, you can call it “estragon,” popularly found in North America and Eurasia areas. In Mediterranean and French cuisine, it can work as the ground marjoram substitute.

Like the basil, this herb is not completely similar to origanum majorana. In other words, it gives your dish a strong flavor of a combination of anise and pepper-like taste. That said, the earthy aroma still makes it a right fit for the substitution with the 1:1 ratio for sure.

Generally, the citrusy taste of lemon thyme quite resembles the majorana hortensis. It is why this herb has another name, the “citrus thyme”. Its herbal taste is soft like the one of thyme.

However, it bears a bit stronger citrusy but less bitter. Hence, if you want to add some sweet and sour flavors to your dish, do not miss it.

Because of the similarity with thyme, the suitable ratio for replacement is 1:1.

It is such an aromatic culinary plant that has the mint family origin. In addition to the summer savory, you can find the winter savory, which is slightly bitter.

Fresh and dried summer savory is nice for you to sprinkle over the meat before grilling with the 1:1 ratio as the majorana hortensis replacement.

When it comes to Mediterranean cuisine, people usually mention za’atar as an essential culinary plant.

The term “za’atar” does not only refer to a type of herb, but it also is the name of a mixture containing dry thyme, majorana hortensis, savory, sesame seeds, oregano, salt, and sumac.

Za’atar can be combined with many different dishes. You can use it for Middle Eastern classic foods such as dipping sauce and flatbreads. And it is up to you to apply your desired replacement ratio.

Originated from the top-notch region of France, this aromatic mixture might be a substitute for your recipes.

However, use it wisely, or your dishes might get overwhelmed by the strong aroma of the other spices and herbs.

To sum up, which is your favorite marjoram substitute to use for cooking? It does not matter what you choose; feel free to have a creative idea with various ingredients.