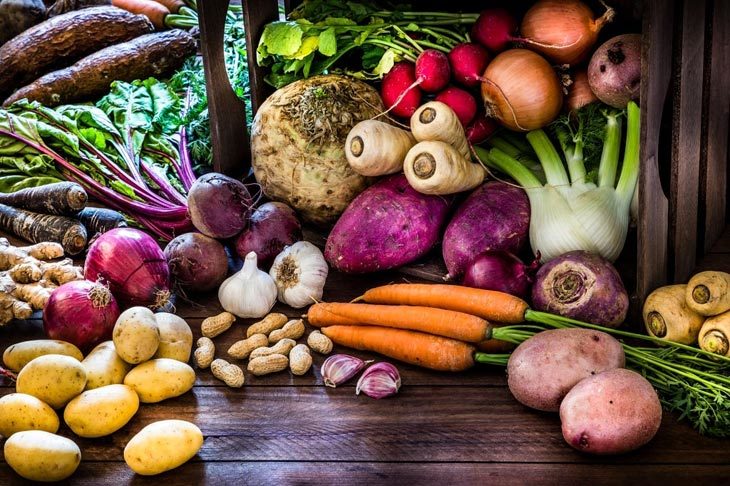 Whenever someone mentions cold and winter meals, I always think of parsnips. This root vegetable is such an iconic ingredient for hearty dishes that it might feel like irreplaceable food for many. However, we don’t always have the advantage of having parsnips available all the time.

But don’t jump to the conclusion you’re out of luck! We can still substitute parsnips with many other vegetables.

Let’s find out what is the best substitute for parsnips in my post now!

Parsnip is a must-have ingredient in many hearty winter vegetable dishes, as its tasty flavor and crunchy texture bring a special warm feeling to our stomachs. However, we can find ourselves in a situation where there is no parsnip available for our recipes.

Let’s find out what substitutes for parsnips below!

First, on the list, we have celery root as a great parsnips substitute due to its similar color and texture. It is a part of celery, whose leaves can also be used for cooking.

Celery root or celeriac root has a white color with a grapefruit-size and a roundish bulb shape. This small root flavor has a mild celery taste with a starchy note that is similar to our parsnips.

With a long-life shelf in the refrigerator (7-10 days), you can use it for different recipes like purées, stews, and soups. It can also be used to substitute mashed potatoes because of their firm and crispy texture.

They both possess a sweet and starchy taste with a soft texture. However, the darker ones are much drier and sweeter than the light ones. Because of their sweet taste, you can use them to substitute parsnips in soups and winter stews.

Another winter vegetable that I have to mention is turnip. It is one of the most common ingredients in many side dishes of Mediterranean cuisine.

This winter vegetable has a similar shape to the celery root, but the turnip has a hint of purple instead of all white. Inside, you can find flesh with a crispy texture with a sweet and succulent taste, which is an amazing parsnip alternative.

However, the difference between parsnips and turnips is that you need to note that the young turnips are preferable as the old turnips can have an additional bitter taste.

You can utilize its strength in many boiled, stir-fried, or roasted recipes. It can also be eaten raw, which you can cut into small pieces and add a crunchy taste to your regular salads.

Carrots are a popular vegetable in many soups and stews recipes. It is also easy to find as they are available in almost every grocery store in the world.

You can find different varieties of carrots: orange, red and white versions. No matter their colors, their taste and texture are pretty similar to each other. When they are raw, carrots can taste earthy and bitter.

When cooked, they have a softer texture with a sweet and earthy flavor that is similar to parsnips. However, you need to get the full-sized ones to avoid the soapy carrots that ruin your dishes.

You can use carrots for virtually any recipes asking for parsnips. However, it might take a longer time to cook carrots than with parsnips.

Parsley might seem like a strange ingredient in this list as they have nothing in common with parsnips. However, the parsleys that we normally see are only the stems of the whole parsley.

When you look at what is below the vegetables, the root of parsley is an identical twin to a parsnip. So, let’s make a parsley root vs parsnips comparison!

Parsley roots have a similar white-colored long shape to parsnips. Their texture is firm and crispy with a starchy and sweet flavor. Some people think they are a great combination of parsley and parsnip flavor.

Although they have a similar flavor and texture, these two roots don’t belong to the same family. Yet, you can always use them to substitute each other in purees, mashes, and soups.

Radish is another vegetable that can be a good alternative to parsnips. This ingredient can also substitute for parsnips in soup because of its similar flavor.

Radish has a dynamic red and purple color which is not favorable for parsnip-based recipes. However, if you use it for stir-fries or roasted dishes, they are a great complementary ingredient that will add a sweet taste to the dishes.

Kohlrabi is a native plant of northern Europe that might not be available in many stores, but you can use it in parsnip recipes if you have one at home.

The kohlrabi root is a green round bulb with a mild turnip flavor. The older it becomes, the taste will be sweeter and more intense. You can use the old root for warm meat and vegetable soups.

Peruvian parsnip, also known as arracacha, is a native root vegetable in South America used commonly in many Australian recipes.

As you can see from the name, this vegetable is quite identical to our regular parsnip. The outside shape is not as long as the parsnip, but the arracacha definitely possesses the same parsnip taste when you take a bit of its flesh.

That’s why it can be used in a wide range of parsnip recipes. Because of its identical flavor profile, I recommend you use them for a roasted and baked version like stuffed gnocchi, as they will bring out the best of Peruvian parsnips.

Lastly, salsify is not a common vegetable in America, but you can find it in many European recipes.

Salsify has a brown color with white at the center. It has a mild taste of artichoke and delicate flavor, mostly used in boiled and deep-fried recipes. Because of its versatile effect on dishes, you can use salsify as a flavor enhancer in parsnip recipes.

Parsnips are known to be a great vegetable for winter soups and stews. At first, parsnip seems to be a vegetable that looks like a white carrot, but it has a slightly different flavor and texture.

Before sugarcane and beets, parsnips were the main ingredient that brings sweetness to dishes in Europe. This root vegetable has a white-colored long shape that reminds you of a carrot shape. However, their white flesh has a distinctive sweetness and starchiness with an earthy and nutty taste.

Because of the parsnip flavor profile, that’s why people tend to use it in hearty meals like soups, roasted and purées as their sweet and earthy flavor bring warmth and coziness to the people who enjoy their dishes.

1. Daikon Radish Vs Parsnip: Are They The Same?

Daikon radish is a versatile root vegetable that is commonly used in Asia countries. They have a mild and sweet taste that can often be compared with parsnips.

While it makes sense that they can be substituted for each other in some soups and stews, daikon radish cannot replace roasted parsnips because of their spicy note.

2. What Is Another Name For Parsnip?

Parsnip is the most common name of this root vegetable. You can also find different names for parsnips in other cuisines like chirivia, panais, grand chervis, pastenade, Racine Blanche, Pastinaca herba, and pastinacae radix.