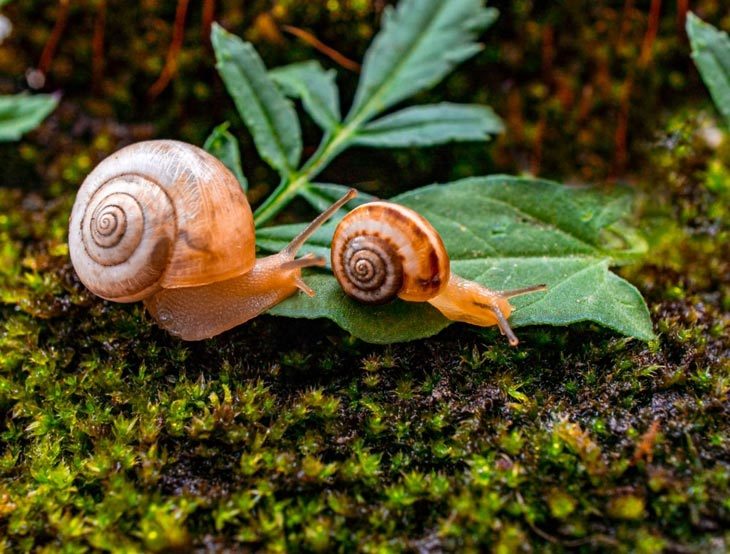 Eating snails may sound weird to some people, yet it is a delicacy in some parts of the world.

How can snails be prepared professionally and served in a diverse way? What is its history? What does snail taste like? Or What do escargots taste like? Let’s unveil the secret.

What Does Snail Taste Like? History Of Eating Snails

The first evidence about eating snails dates back 30.000 years ago with roasted snail shells discovered in archaeological excavations.

Since the antecedent times, people have been consuming snails, especially in the Roman Empire; snails play a huge part in the cooking tradition. It was considered the most gastronomic dainty of this empire cuisine. In fact, the Romans even built farms for snails to get a massive supply to serve the demand of snail-eating.

Heliciculture or snail farming is the edible snail-raising process to serve for human consumption, mainly as food. According to Pliny the Elder – the Roman historian, Fluvius Hirpinus was the first man who started the heliciculture practice on his estate, which is now Italy, in 50 AD. He even fed the snails with meat and wine, showing ​​how important snails were in Roman cuisine

The custom of eating snails did not stop then. Snails may not be widely consumed in areas of the United States. Yet, they are delicacies in Western Europe: Spain, Italy, Portugal, and the most well-known France, where people treat dishes with escargot snails as a top dish that only appears in elite restaurants.

Not only Western Europe values snails. Snails are also a well-liked type of street food in some Asian countries like Vietnam. Plus, in the Mediterranian countries, they are a common food on a fasting day due to Catholic fasting heritage.

Edible land snails play a special part in European cuisine. Many said that snails taste deliciously even when they are served as an appetizer or an éntree.

In France, people call cooked snail dishes by the name – Escargots. Restaurants in this country mostly serve Escargots as an hors d’oeuvre, and it is the same in Great Britain, Portugal, Germany, Italy, and Spain.

They are also a signature food in Crete, Cyprus, some areas of mainland Greece, and North African countries like Algeria, Tunisia, and Morocco. People sometimes use the word escargot to describe examples of the commonly consumed species in this way.

As trivial as it sounds, eating cooked snails without any seasoning or sauce will give you a full experience of the true savor. They may have an earthy flavor with a chewy snail texture. Some even said they taste like chicken, mussels, or even mushrooms.

How To Eat Snails

People mostly know escargots as snail dishes cooked with garlic and butter. However, if the taste of garlic butter isn’t in your favor, cook them with any sauce that you feel makes a delicious dish. That is what makes this food so special since you can diversify it with different ingredients.

When you get served escargots in a restaurant, you will find that snails with shells and some special utensils are required, known as snail prongs and snail tongs.

A snail prong is a kind of fork featuring two long and curved prongs to serve the purpose of taking the snails out of the shell easily. On the other hand, snail tongs are used as a shell-holder when using the prongs to pull the snail out.

The process of getting the meat out of the shell is quite easy as it would only take two big steps to complete. Once the dish is on your table, grab the snail tong or a napkin ( if you don’t get a tong in that restaurant) to take the snail over to your plate and hold it firmly.

Then, take the prong and insert it into the mouth of the snail. Don’t forget to pierce the piece of meat inside that you saw with your prong and twist it firmly until you feel the meat loosen. Finally, pull the snail out of the shell and enjoy.

Can You Eat The Snails In Your Garden?

You can commonly find snails throughout France. Still, it is hard to purchase them in farmers’ markets or supermarkets in other parts of the world. Luckily, the snails in your garden are edible, so you can now use them in your cooking. Yet, there are some rules that you have to bear in mind:

Are Eating Snails Good For You? – Is Escargot Good?

Is escargot good for you? Snail is a great choice for anyone looking for a type of meat that contains much protein but a low-fat level.  Although you may not see snails on the list of ingredients for well-known diets worldwide, they would play a good role in your healthy diet.

The snail contains only 102 calories and the very least amount of fat (2g) in a 4-ounce serving. In contrast, it packs with protein (18g) and vitamins. Snail contains Vitamin E, Vitamin A, Calcium, Iron, and Zinc, which are all very beneficial to the immune system.

For example, these little mollusks have high quantities of iron, which is crucial for growth and development.  Iron is also very helpful in nurturing your skin and hair and enhancing blood flow.

Moreover, snails contain a great amount of calcium, which is vital for your bone health, as most of you have heard of it. This substance can help lower bone condition risks like osteoporosis.

What You Need To Know About Fresh Snails Preparation?

If you are a food-lover and would like to make an escargot dish yourself, it would be best if you know how to prepare snails.

Rule number one is never ever cooking a dead snail. Those snails you bought have to be alive when you sauté or roast them. To check whether your snail is dead or not, poke them to see their movement. If there is no response after the poke, don’t try to cook it.

Rule number two is to eat snails collected a week before your purchase.

Don’t attempt to cook freshly caught snails. You may think that you will get the best escargot taste when buying those freshly caught ones, yet this is not the case.

Most of a snail’s diet doesn’t “say yes to” the human digestive system. That has explained why the snails will be refrained from eating before cooking in restaurants. This will help eliminate any toxins contained in the snails that are harmful to humans.

The best way to know if your snails are ready for preparation is to ask the salesman when they were caught. By this, you will have a rough calculation of when their last time eating was and when you can cook them.

The last rule is to clean the snail thoroughly with salt before cooking to discharge toxins. Here is how you do it: