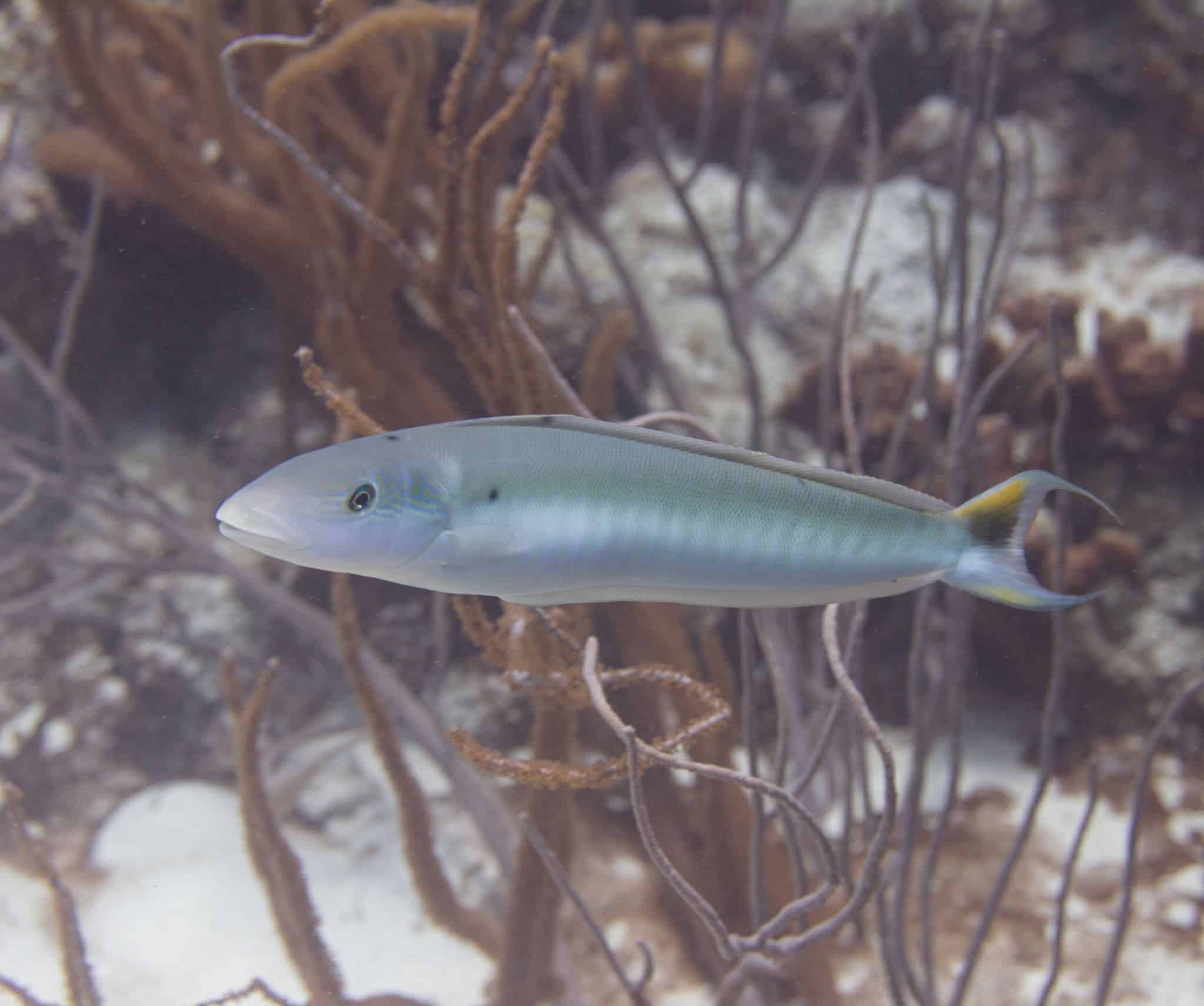 Tilefish are known to be a healthy fish with beautiful skin and delicious meat. Unlike catfish and haddock, tilefish have a very interesting story and flavor profile that not many people know about.

So, what does tilefish taste like? Let’s find out amazing facts about this type of fish and some cooking tips in my post!

What Is a Tilefish?

If you have ever seen a colorful fish in vintage commercial posters, it’s probably a tilefish. This fish also has many names, such as “the clown of the sea” or “rainbow tilefish” because of its amazing skin.

Tilefish has an interesting history with our fishing industry since its first discovery in 1879.

In the western Gulf Stream, Nantucket Island, thousands of tilefish were spotted and used for commercial fishing for some years later.

In 1882, a heavy storm brought its damage on many tilefish, resulting in hundreds of thousands of dead Eshes at Cape Cod and Delaware Bay. Since those unfortunate events, tilefish are hard to be found until a decade later.

Now they are populated in the warm water area at the ocean floor to the continental slope. You can find the tilefish sources commonly in eastern Florida, Long Island, and Southern New Jersey.

This colorful fish is similar to the sea bass family, with different species scattered along the Atlantic coast.

Its weight ranges from 10 to 50 pounds, but the average size in the markets is only 6-8 pounds. Each species possesses a dominant color that is easy for you to recognize.

Golden tilefish is the most common tilefish you can Gnd in the market. As the name has revealed, this golden tail fish has many gold and yellow dots on its body with a distinctive blue and greenback.

Most of the golden tilefish sources come from the Gulf of Mexico and the Atlantic.

As the name has indicated, this species is well-spotted with golden stripes and blue outlines on its body. However, besides those strips, the rest of the body is mostly olive-gray with white at the bottom.

Other species of tilefish (yellow tilefish, red tilefish, and purple tilefish) are not as popular as those above in the US, and they are so much smaller.

Is Tilefish Good To Eat?

This question is necessary as there are so many rumors and dramas around tilefish, mostly because of its high mercury levels.

A limited number of tilefish samples were taken from the Gulf of Mexico in 1978 to measure the tilefish mercury level inside.

The result was higher than the allowed level of Mercury, resulting in many advisories against tilefish consumption by the US health officials.

However, other researches later have shown a different result sampling tilefish of different locations. According to the EPA, one research sampling of the golden tilefish mercury in the Atlantic found 95% of golden sand tilefish edible for one serving per week.

Therefore, thanks to these findings, the health agency has adjusted its advisories and allows people to consume this Atlantic tilefish once per week.

Tilefish are an interesting species with magnificent skins. Although its colors fade after taking out of the water, tilefish skin texture and taste remain. For each species, its taste can vary, but overall, tilefish have a pinkish-white color with a lobster or crab-like flavor.

When it is raw, tilefish consists of a shiny surface with tight scales. The aroma exudes a mild and oceanic scent.

Tilefish’s gills have a pink and red color without any slime, foul odor, or mucus. Its belly should be cleaned and shiny without any bone poking out.

For fresh meat of tilefish, they should have a pink and translucent surface without any color discoloration.

Tilefish’s flesh should be firm and tight together. When cooked, the pink meat becomes white with flaky yet tender consistency and a mild oceanic aroma.

Regarding the flavor, many people tend to compare tilefish flavor with crabs or lobsters as its food is mostly crustaceans.

The golden tilefish taste is delicate yet distinctive, with sweet notes because of its low sodium. I would say they are pretty similar to pacific cods, making them one of the least fishy fish.

For each type of cooking method, the blueline and golden tilefish flavor profiles change slightly. The mild and sweet notes of tilefish are kept the most when they are baked or broiled.

The firm texture of golden and gray tilefish will be soft and tender to the tongue, making it a mouthful flavor impression.

Many people prefer fried fish because of its additional crispy effect, and fried tilefish is no exception.

Covered with batter, fried tilefish is super crispy on the outside. When you open inside, the steamy white flesh reveals a tender texture and mild flavor.

Smoked tilefish bring a different flavor profile to the table. When they are smoked, the skin is much softer than the fried version.

With the right wood, the fish flavor can be influenced, which can be moist, smoky, slightly bitter, but still sweet and clean.

Whichever cooking way, there is, in my experience, golden or blue tilefish tastes the best when being broiled as it keeps all the sweet flavor of this lean fish.

Tilefish are extremely healthy and tasty fish if you know how to cook them properly. The taste is mild and delicate, which is most suitable for broiling.

To broil tilefish, I usually use the fillets to get most of the flavor and meat from that part. Before cooking them, you need to check if any bones are left in the tilefish fillets by pressing them gently.

You can use clean boning tweezers to grab any small bones poking out. Even though they are small bones, digesting them might lead to unwanted choking hazards.

Broiling tilefish should be quick for a thin fillet of around 1/2 inch. If they are thicker, you will need a longer time.

Normally, the tilefish cooking time will be from five to ten minutes, depending on the thickness of the fillet. So, how to tell when tilefish is done?

The fresh fish piece is completely opaque and white inside, with a slightly flaky texture. Once finished, you can combine the white fish with brown rice or use it with fruit salsa.

Steamed vegetables and dressing can also be a great pairing choice for a weeknight meal.

Tilefish is one of the healthiest fish because of its low-fat content. Moreover, they are a great source of protein, niacin, and phosphorus.

What Is Tilefish Price Per Pound?

The price for tilefish varies for each market and location. On average, the price of tilefish is about $20 per pound.