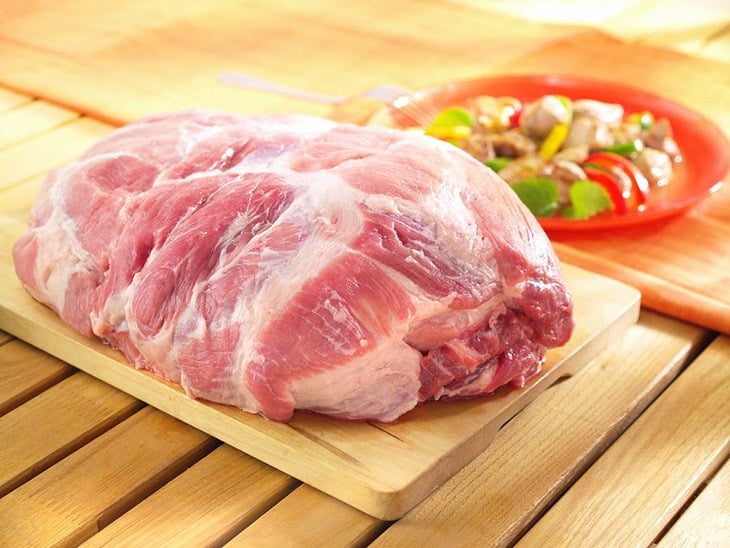 If you found your way here wondering what pork cushion meat is, then you are in luck! Scroll on down to learn all about the cut called pork cushion and find some recipes as well.

What Is Pork Cushion Meat?

A pork cushion meat is a deboned piece cut from a large muscle of a picnic shoulder. It is a well-leaned cut with a tremendous taste.

Furthermore, pork cushion meat comes in every shape and size, depending on how you cut it.

In other words, a pork cushion meat comes from a pork shoulder picnic which is cost-effective, but it contains more fat than other cuts.

Moreover, you can use it as an alternative option instead of using chicken. More specially, creating juicy smoked or pulled pork from this cut is not a bad idea.

Because the picnic has a big bone and joints which run through the middle of a meat, but one side of a meat also has a big lean muscle, so it called the cushion.

Other Types of Cuts

To help you cook more recipes from a pork meat, we also address other types of cuts for you to distinguish after knowing what is a pork cushion meat.

In fact, the original cuts from the top of a pig are thinner and more affectionate than those from the bottom cuts.

Nonetheless, cooking the tougher cuts in a slow and low levels make them juicy and easily chewed.

Pay draw attention to the cuts at markets, groceries, or supermarkets as these places will change the cut shape.

For instance, butchers from Argentina will sell different cuts than butchers from Italy, and most of the butchers from countries in the world still use a butcher knife to cut and trim all pork cuts.

A pork shoulder picnic is a fattier pork cut that smoked like a ham. The term “shoulder picnic” is a typical descriptor for a shoulder cut because it is considered as a picnic alternative to ham or an occasional dining.

If you buy a fresh shoulder picnic cut, you could try stove top and oven cooking methods consist of braising and roasting, or stewing or cut it up.

A pork butt also called a Boston butt comes from a thicker section of a pork shoulder picnic where there is an edible fat in the meat.

Like a pork shoulder picnic, you should cook a Boston butt slower and longer. Barbecued, brained and stew recipes are perfect to use with a pork butt.

Picnic ham is another difficult and fatty cut, although it is often attached to bones.

A pork loin comes from a back of a pig, which could be sold bone-in or boneless. Pork loin is usually a huge piece of meat, so you enable to use this cut in order.

Generally, chief typically roasts pork loin, but it should not be cooked too much as it will be drier on too high of heat.

A pork tenderloin also called pork tender or pork filet comes from the muscle run along the backbone which is thin and lightly flavored meat.

So, if you want to have a quick cook of pork meat, it will be the best cut. Slicing pork tenderloins are surely easy with a butcher knife.

Pork chop typically comes from the loin, which displays as a bone-in or boneless cut, thick, or lean cut from upright meat to the backbone.

The spare ribs are cut from the ends of the baby back ribs.

You shouldn’t mistake “spare rib” with “prime rib”. Since prime rib is a slice of meat without bone as the spare rib.

Pork belly is a cut of meat from the pig’s belly.

With pork belly, you can make it as bacon and taste it with other ingredients. If not, smoked or sliced pork belly will be a great idea.

Sirloin often comes from the cut in the chops, and it looks amazingly shaped, with an oblong shape.

Even though sirloin does not have a beautiful shape, it still has a great taste when cooking.

Rear hock is a lower limb of the front leg in a pig. In general, smoked and cured are the best way for this cut.

When you remove the bone from a pork loin, ribs end up the cuts are the baby back ribs.

Baby back ribs are a soft rib selection for those who want a great, tender pork meat. These cuts in between the ribs are loins instead of belly cuts.

With a pork cushion meat, you totally create many flavored recipes from countries to the world.

We have listed out some delicious ways for you, but the detailed recipes we will show you in the next post.

Rub the pork with rosemary, sage, garlic, salt, and pepper before roasting. This is a perfect choice for the main dish at a party. That is why someone often calls it pork cushion roast.

3. Asian Pork With Noodles And Broccoli

To cook the pork, you just need to place it under your slow-cooker, and you cook the noodles before enjoying only. You can use good pots or pans instead of in case it is available in your kitchen.

4. Tortilla Soup With Pork And Squash

When cooked tortilla soup, do not miss out the chili powder and a jalapeño pepper to make a spicy taste.