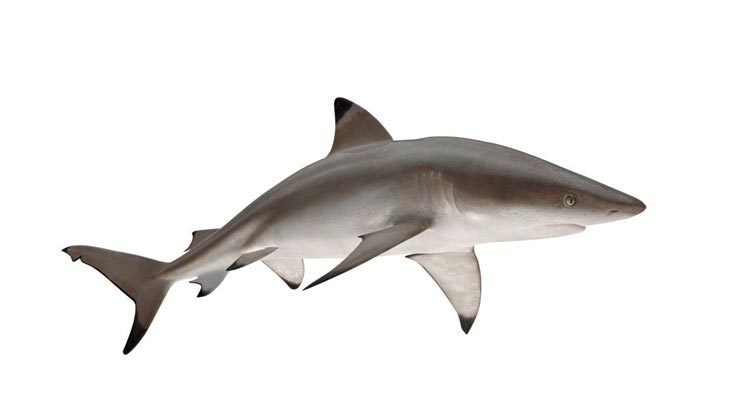 Chicken, pork, and beef are the most popular types of meat in the world. However, they are not the only types that are consumed daily.

Ostrich eggs, porcupine meat, and shark meat are controversial types of meat to consume in the world. So, can you eat shark meat? Is it safe to eat sharks?

Let’s find out the answer in my post below!

Sharks are the top food chain predators roaming the ocean. But can you eat sharks? Do people eat sharks?

Although they are not difficult to catch, many species of shark are not safe to eat, according to the World Health Organization (WHO), due to their high mercury and dangerous chemical content.

The United States Environmental Protection Agency (EPA) recommends that pregnant women and children under the age of 12 should not have shark meat because mercury exposure can damage the human body’s central nervous system and fetal cognitive development. So, are sharks poisonous to eat?

Despite that, there are still certain small sharks with low mercury levels that are edible. Small sharks that eat only small fishes or grasses are reported to be safer for an adult to have one serving per day.

Sharks might not be the most popular meat globally, but it has always been a long-standing food since the Ming Dynasty in China. They are used as medicinal food like cartilage extract beneficial to cancer, psoriasis, and osteoarthritis treatments. Furthermore, shark fillets are a rich source of protein, vitamins, and low fat, making them healthy lean meat to have if properly prepared.

Is It Illegal To Eat Shark?

Many people think shark meat is not legal in the U.S because of low consumption. However, it is wrong. Shark meat with low mercury poisoning is legal for trading and consumption in the States. They are incredibly nutritious meat that you can find in other countries as well.

However, there is one thing that is considered illegal in shark meat, which is shark finning. The shark fins are a part of the infamous delicate shark fin soup that boosts sexual potency, skin quality and decreases heart attack and cholesterol.

This delicacy was in high demand, leading to the practice of finning. It is the action of cutting only the shark fins. When sharks live without fins, they cannot swim and slowly die away.

Besides that, shark meat and livers are widely traded among countries in the world. Japan, Canada, Mexico, Eastern Africa, Sri Lanka, India, Scandinavia, and Australia are countries with high shark consumption. You can find different names of shark meat globally like Flakes, Huss, Dogfish, Mako, Skate, and Ray meat.

Can You Eat Raw Shark?

In many Asian countries, shark meat is a great source of nutrition. That’s why in Japan, people like to enjoy the gummy and chewy taste of raw shark sashimi with a splash of soy sauce.

However, it should only happen when your shark meat is processed properly as it can spoil quicker than other seafood due to the high urea concentration in the blood.

There are many health benefits of eating shark as it is known to be a good source of nutrition. But what does shark meat look like? Does shark taste good?

Many people think it tastes like the lean white meat of chicken and the chewy taste of alligator meat. Some people believe it has a stinky smell and similar taste to swordfish. All these descriptions are somehow true based on the process practice of the sharks.

Shark meat is easily spoiled, so they have to be processed right on the boat. When they are killed, sharks urinate through their skin, making it smell like ammonia. Experienced anglers tend to hang the dead shark up to avoid the urinate staying inside the body and affecting the meat.

Once shark meat is properly prepared, it can be super tasty. A shark fillet is a meaty piece with a darker white color. It has a mild, delicate flavor with sweet juicy notes. So, how to eat shark meat?

You can marinate the thick and chewy meat for a week to achieve the soft taste that you can use flexibly in many types of dishes like turning it into a steak, grilling, stir-frying, pan-frying, skewering, etc.

What Kind Of Shark Can You Eat?

Now that you know what sharks taste like, it is important to choose the types of sharks that you can enjoy for a delicious and healthy shark dish.

Can You Eat Mako Shark?

Mako sharks are one of the best sharks to eat in the world. It feeds on tuna and billfish with intense chasing skills making its meat the best tasting shark for consumption.

The flesh of the Mako shark is moister than swordfish, with a sweet and meaty flavor. The raw Mako flesh has an ivory-pink color that becomes light white when it is cooked. The texture of its thick meat is chewy and firm, which is not as soft as the swordfish steak.

Mako, when captured, needs to be bled and iced right away to avoid urea concentration inside their bloodstream. Or else, the Mako shark eating experience will have a strong ammonia odor.

After the preparation, you can marinate the meat to remove the smell, blacken and cube it for hot stews and soups or cut it in chunks for a kebab party.

Can You Eat Thresher Shark?

Another edible shark type that is normally harvested in the U.S is the Thresher sharks. Since the 1970s, the West Coast has been growing the shark market and harvesting many thresher sharks, which peaked at 1000 metric tons in 1985. So, Is thresher shark good to eat?

Thresher shark meat can be described as firm and thick, with a meaty and mildly sweet flavor. You can use this delicious meat for grilling, broiling, or stir-frying for fish tacos.

Can You Eat Bonnethead Shark?

Feeding on crabs and shrimps, Bonnethead sharks are mostly crowded inshore from April to September. In South Carolina, a person is allowed to have one shark meat per person per day. There is no size limit to this chunky fellow.

They have a good firm and moist meat with a mild flavor to marinate in beer or lemon juice. Then you can cut them into a shark steak and grill them with garlic salt and lemon pepper.

Can You Eat Sand Shark?

Sand shark meat can be used for cooking as they only feed on small fish species like flounder, sea trout, menhaden, and mackerel. The meat of sand sharks is white and firm, with a similar taste to swordfish and lobster.

It is best when you use them for grilling or smoking dishes, bringing out their delicate flavor and softening the texture. Although sand sharks are edible sharks in Florida, they still have high levels of mercury which requires a moderate amount of consumption.

Can You Eat Hammerhead Shark?

Hammerheads are a larger species of shark that require attention before eating them. As their body is large, there is a high chance of warning levels of mercury and toxic chemicals inside them that are dangerous to people who consume the meat.

Moreover, they can have a strong smell of urea inside their skin if they are not marinaded for weeks before consumption. However, they are still edible if they are properly prepared.

Can You Eat Tiger Shark?

Tiger sharks are not commonly known to have tasty meat due to their reputation, “the garbage cans of the sea.” These sharks feed on any type of sea animal that can fit in their mouth like stingrays, birds, turtles, to even non-food waste.

Despite that, people still hunt tiger sharks for their oil, skin, and meat. Although their meat is not as juicy and sweet as Mako’s, their liver is full of vitamin A, leading to the shark species numbers being at the nearly threatened level.

The great white shark is a dangerous apex predatory fish in the sea. They are large and feed on big marine mammals like sea lions, seals, and smaller whales.

Their number of species is decreasing over the years and becoming rare due to shark finning and commercial fishing. Therefore, it is illegal to catch and consume great white shark meat to maintain the shark population and control their prey numbers.

What Part Of A Shark Is Edible?

Sharks have been known for their tasty and nutritious meat for a long time. Their parts are used for a wide range of purposes due to their flavor and texture.

The thick shark skin is known to be made into leather because it is too chewy and thick for us to digest. The liver of sharks is utilized for oil as they are a high source of vitamins. But can you eat shark liver?

It is actually not edible because of the high mercury levels inside. The rest of the meat you can chop into fillets and prepare for a daily healthy shark meal.

A small shark can be divided into 3 to 4 portions for each side. As sharks are not so bony with fatty content at their belly like other fish types, you can cut along the shark belly and trunk muscles into thick fillets.

You can marinade these fillets before cooking with milk, water, broth, lemon juice, or wine to help elevate the taste. You can use the whole fillet size to grill with ginger, herbs, citrus, or pan-fry the steaks with salt, pepper, and spices.

Shark meats are known to have a long-standing consumption because of their delicious meat and healthy content. If you wondered, “Can you eat shark meat?” I hope this post has the answer you’re looking for. Certain sharks are edible, but you need to consume them in a moderate amount per day for a healthy experience.